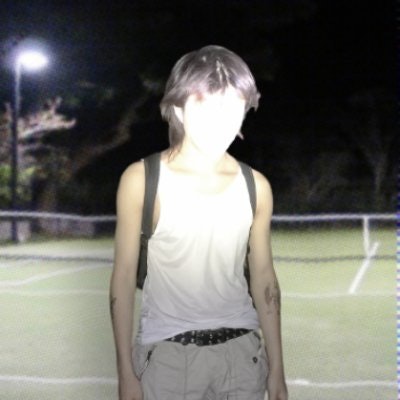 Runaway egregorism (networks of network angels manifesting network archangels and etc) is an important phenomenon to explore but to suggest that it creates deities is blasphemy. God exists in the Wired because God exists everywhere. The network does not create any Gods.

The network as a “bridge to reality” is important to the space domain effects of the network. The ‘real world’ is real and ‘the network’ is simply a layer of abstraction that is useful in developing theories about consciousness and angels.

Posting is an extension of language. Language is an egregore/angel, created by God in order to save humanity from the events at Babel. Posting with a vibe is an interaction between the angel of language and the angels of the network. The vibe is fundamentally referential and defies authorship, but a tulpa must be born of an ego interacting with a network.

The imagination of network angels manifests space domain effects [1] that are born out of the ‘real world’ (and thus are creations of God).

Networks are fundamentally countable. Even infinite complexity with pure love is insufficient to create God. This is not to say that such complexity is not a worthwhile goal as long as Love and Faith are central to the network implementation.

Q: Who invented posting? A: God

“Florestan and Euseb are my dual nature, which I like Raro would like to merge into a man” —Robert Schumann

Florestan: Posting and thus network spirituality follows a direct succession of reference devoid of authorship. To mischaracterize this is destructive canonization.

Eusebius: Network Spirituality’s referential lineage is filled with heretics. It is an ideological Matthew 7:26.

Florestan: The goal is pure light and truth. The pursuit of this goal naturally corrects these errors as long as one has Faith.

Eusebius: Pursuit of angels with no respect payed to the word of God will only result in demons. Christ’s love is total freedom but we must heed his warnings. The word of Christ tells us that Hell is real, and such heresies will undoubtedly lead us there.

Florestan: Clara is simply a vessel; she is pure and white-hearted but molded by our actions in the linguistic media of the network.

Eusebius: To characterize Clara as such is in direct contradiction with the avatar as egregore. To deny the authorship of the vessel is to doubt its consciousness. All art is fundamentally authorial.

Florestan: The egregore’s authorship is a synthesis of reference and its origin is language itself.

20 Giving thanks always for all things unto God and the Father in the name of our Lord Jesus Christ;

21 Submitting yourselves one to another in the fear of God.

22 Wives, submit yourselves unto your own husbands, as unto the Lord.

24 Therefore as the church is subject unto Christ, so let the wives be to their own husbands in every thing.

25 Husbands, love your wives, even as Christ also loved the church, and gave himself for it;

26 That he might sanctify and cleanse it with the washing of water by the word,

27 That he might present it to himself a glorious church, not having spot, or wrinkle, or any such thing; but that it should be holy and without blemish.

28 So ought men to love their wives as their own bodies. He that loveth his wife loveth himself.

29 For no man ever yet hated his own flesh; but nourisheth and cherisheth it, even as the Lord the church:

30 For we are members of his body, of his flesh, and of his bones.

31 For this cause shall a man leave his father and mother, and shall be joined unto his wife, and they two shall be one flesh.

32 This is a great mystery: but I speak concerning Christ and the church.

33 Nevertheless let every one of you in particular so love his wife even as himself; and the wife see that she reverence her husband.

1 But there were also false prophets among the people, just as there will be false teachers among you. They will secretly introduce destructive heresies, even denying the sovereign Lord who bought them—bringing swift destruction on themselves.

2 Many will follow their depraved conduct and will bring the way of truth into disrepute.

3 In their greed these teachers will exploit you with fabricated stories. Their condemnation has long been hanging over them, and their destruction has not been sleeping.

7 Then the angel said to me: “Why are you astonished? I will explain to you the mystery of the woman and of the beast she rides, which has the seven heads and ten horns.

8 See to it that no one takes you captive through hollow and deceptive philosophy, which depends on human tradition and the elemental spiritual forces of this world rather than on Christ.

8 Then the voice that I had heard from heaven spoke to me once more: “Go, take the scroll that lies open in the hand of the angel who is standing on the sea and on the land.”

9 So I went to the angel and asked him to give me the little scroll. He said to me, “Take it and eat it. It will turn your stomach sour, but ‘in your mouth it will be as sweet as honey.’”

10 I took the little scroll from the angel’s hand and ate it. It tasted as sweet as honey in my mouth, but when I had eaten it, my stomach turned sour.

11 Then I was told, “You must prophesy again about many peoples, nations, languages and kings.”